The "Good light for All" Lighting System 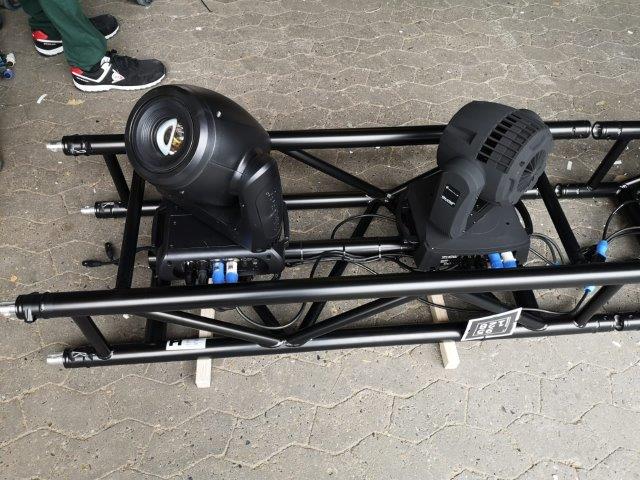 Each module is equipped with two moving head lamps:

and six empty frames, also 1.35 meters long. Thanks again to the anonymous donor who donated us a module!

The system is transported and delivered in 6 stacks. On a specially made trolley is first the assembled module and on this a blank frame (called frame). The trolleys not only serve as a transport vehicle but also as a construction aid:

What is special about this system? Answer: The system fulfills many boundary conditions that are especially important in small and medium-sized clubs:

All modules and frames are preassembled and pre-wired and can be buildup in many combinations. Due to pre-assembly and pre-wiring, the set-up time will be significantly less than one hour.

The following picture shows all possible installation variants of the modules and frames. Please click on it for a bigger picture: 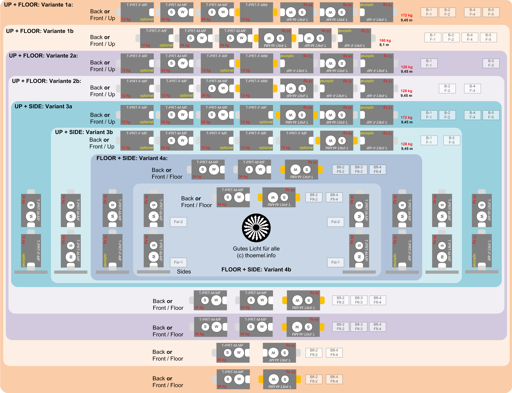 The frames are often optional to adapt the variant to the actual stage width or height.

From these positions you can choose as many, until all populated modules and empty frames are used up.

In the case of an application, the respective request is reviewed and, if necessary, discussed and corrected again.

The required space overhead is very low. Especially in small concert venues, the clear height is not very large. The modules of this system integrate the headlights into the trusses so that only a minimum height is used to use them. Also, the temperature development is very low, since the lamps are operated with RGB (W) - LED bulbs. The power consumption of all 6 modules together does not exceed a standard 230-volt power supply with 16 ampere rating..

The installed lamps have many features that can be used for the light shows. To offer these functions to a lighting designer, a tablet computer (DELL XPS-13 2-in-1 PC) is pre-installed with the Elation ONYX software. In this software, Matthias Thömel programs cue lists that can control all functions of the devices. The cue lists are available at the touch of a button and can be combined to create unique light images for every type of music. A foreign lighting designer can also pre-program his own ONYX show and load it on the tablet computer or bring his own controller / PC with software.

The programming of the tablet PC is described here in more detail: The Desk

As a test for the console programming, I have created 5 example configurations in the simulator. These configurations were controlled with an identical console setting (which can also be seen in the article on the desk). Of course, the flexibility of the system allows many more setup combinations. Here are the sample pictures:

Lighting system as back-support (only modules built behind the stage): 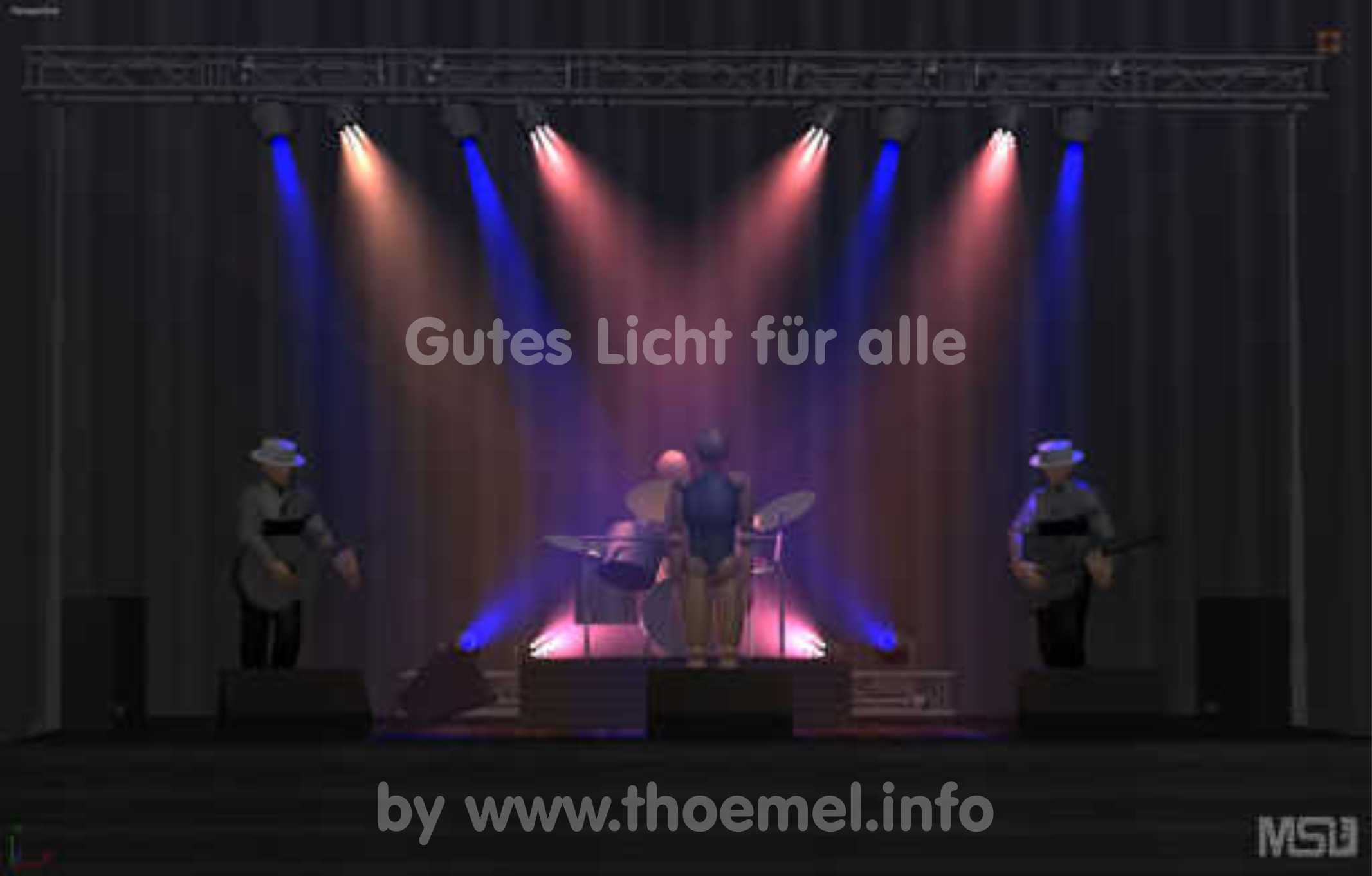 Or the lighting system as Front Support (only front mounted): 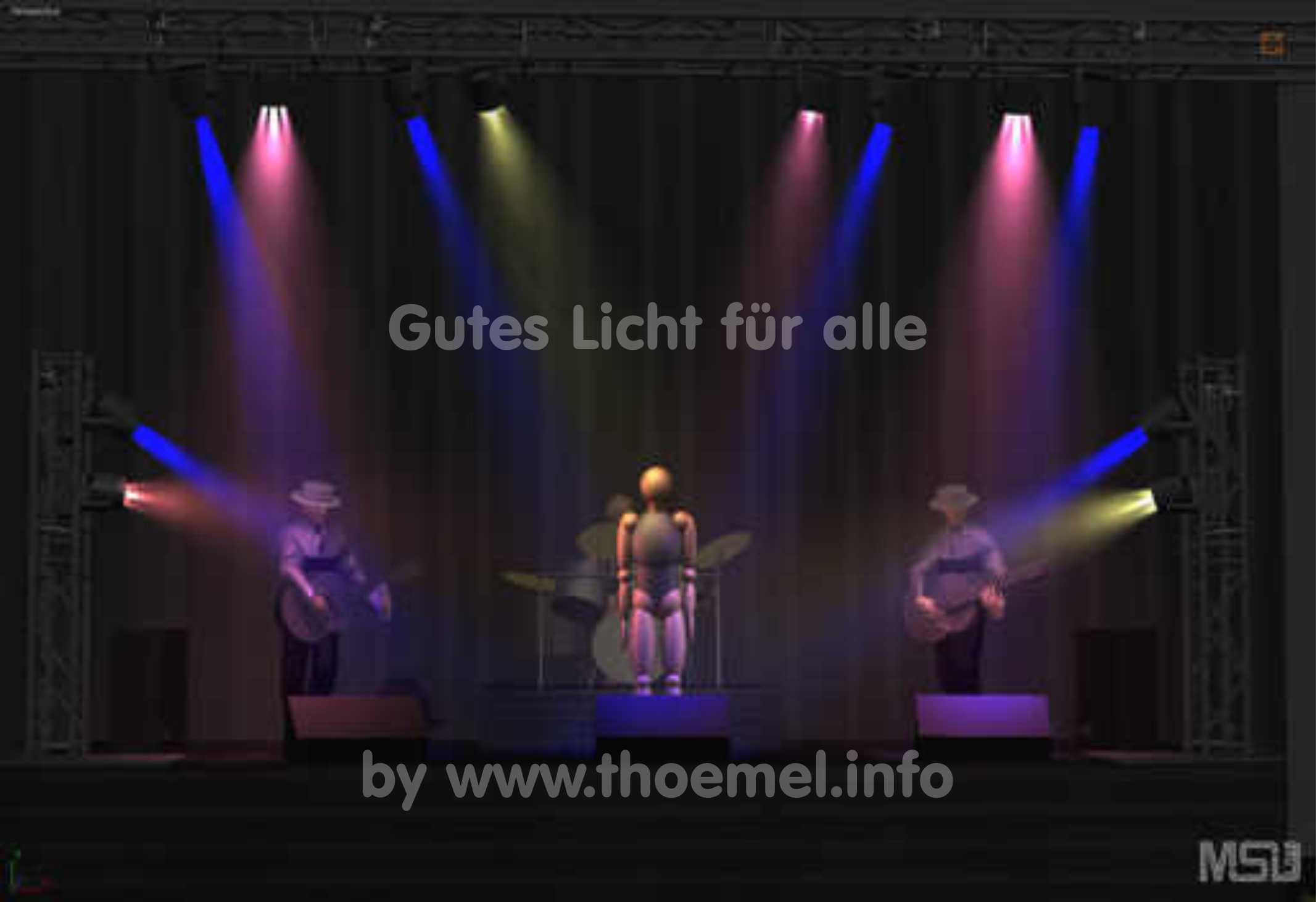 In clubs with little space above the stage, the lighting system can also be used only on the floor standing / lying: 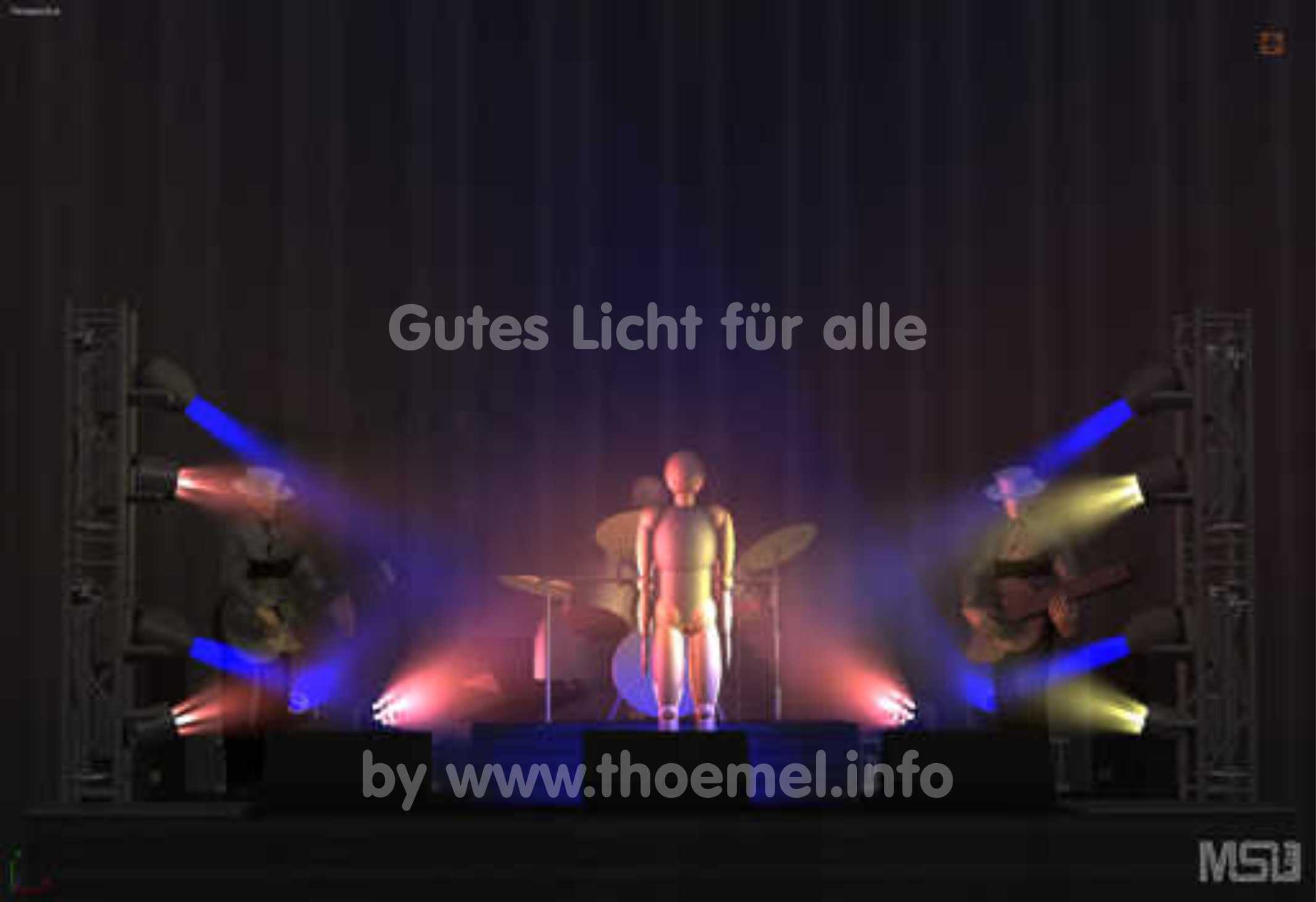 If there is more space in a location above the stage, but this is built rather narrow, the lighting system could be used as follows: 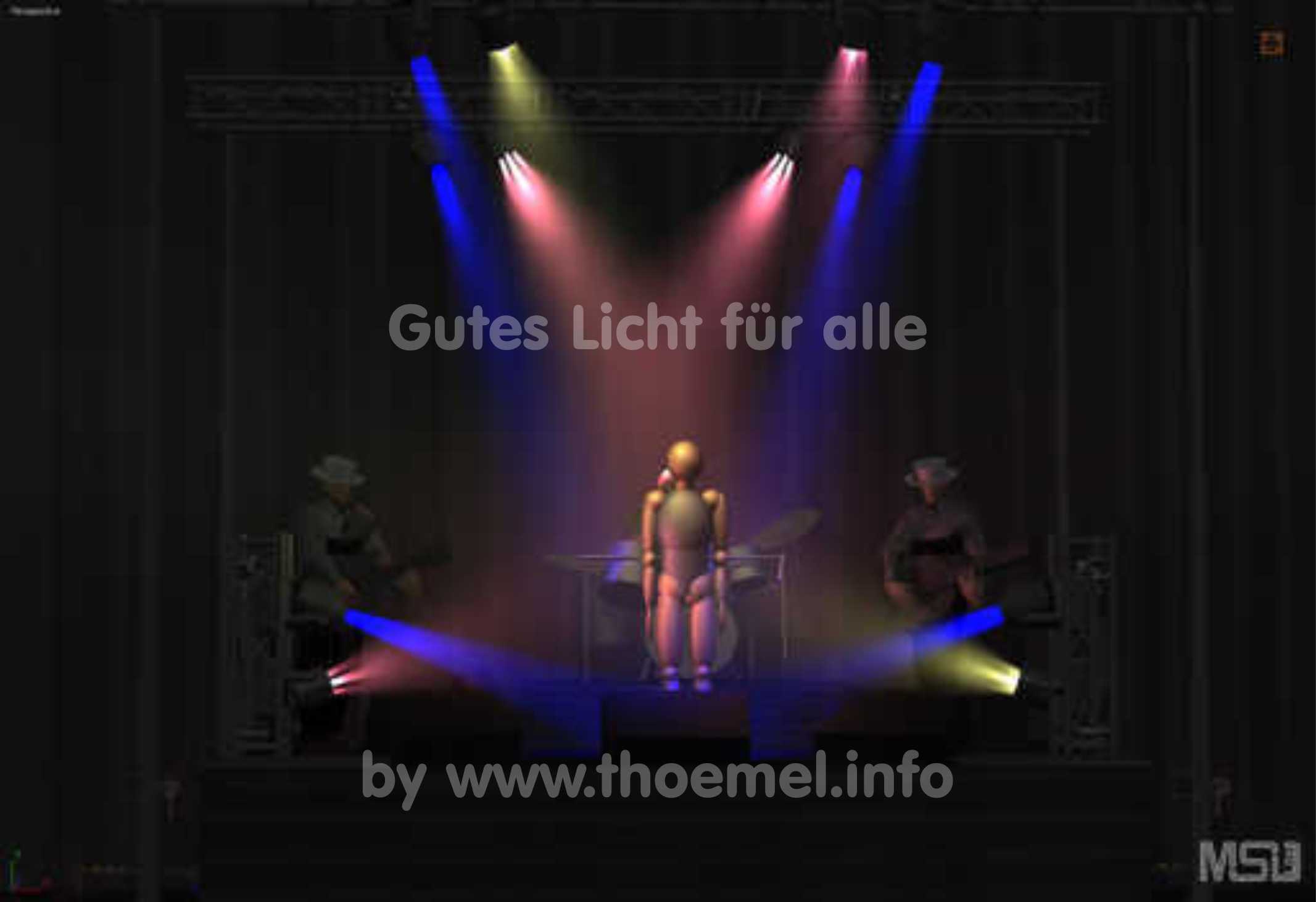 In locations with a wider stage and space above it would be a possibility for the structure:

One must not forget: in many locations, there is already a permanently installed lighting system, our system will only be supportive there. But especially in small clubs with little technology, our lighting system can also be used as a complete system. The console software is also programmed for this purpose.

Translated from German to English by Google translator